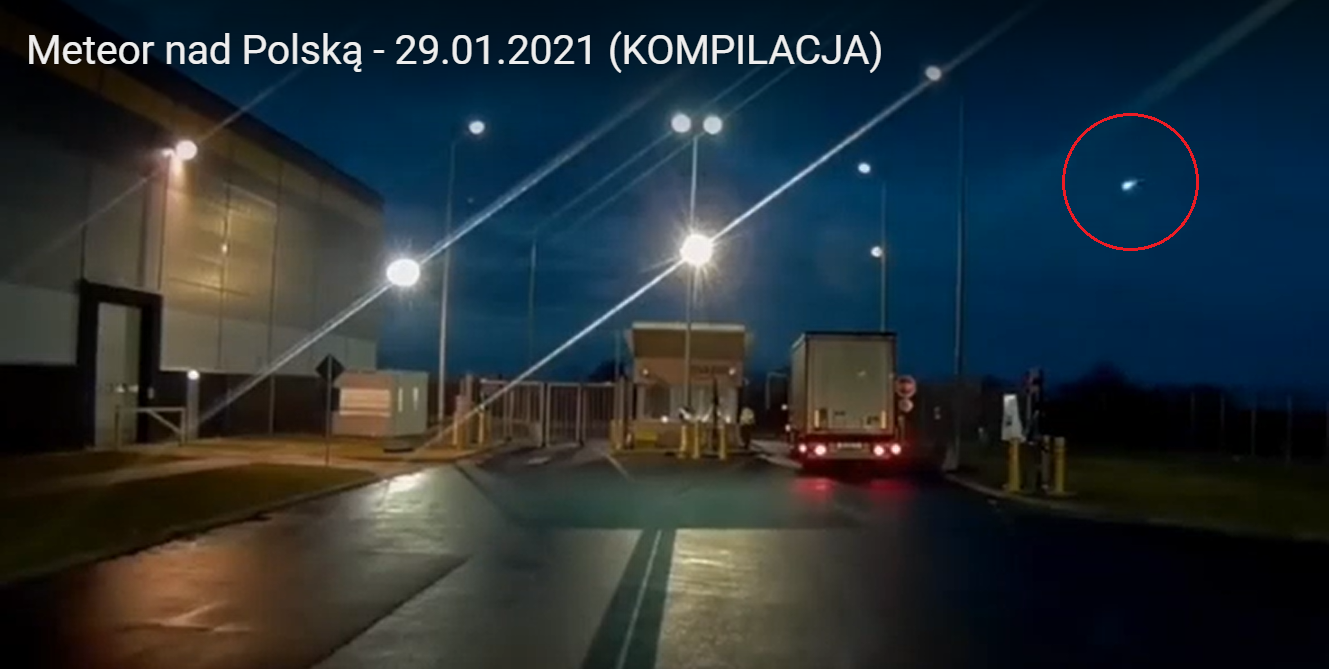 At the turn of January and February, we participated in the study of the phenomenon of a bright meteor (fireball) passing over the area of Central Europe. This undertaking, carried on by scientists from the Czech Republic (Astronomical Institute of the Czech Academy of Sciences) and supported by Polish Astronomical Observatory Institute at Adam Mickiewicz University, required sky coordinates calibration of previously acquired incidental recordings of a meteor’s flight. Despite the bitter frost (-15 °C) and wind, we did our job, and scientists analyzed it and obtained valuable information.
Before the collision with the Earth, this meteoroid with a diameter of about 30 cm and weight app. 45 kg had orbited the Sun along an elliptical orbit inclined 20 degrees to the plane of the ecliptic. In the perihelion, the meteoroid approached the Sun almost as close as Mercury, and in aphelion it reached outer region of asteroid’s main belt (thus it’s probably piece of a main belt asteroid). It entered Earth’s atmosphere at an altitude of 88.5 km above Czech Republic (Ore Mountains) with a speed of almost 33 km/s along. After 3.8 sec it completely crumbled to dust. The full analysis is available HERE.
Such research builds our knowledge about the Earth’s near vicinity, allows us to assess the risks of space hazards and build contingency plans.